Keeping the Faith and the Form 4

We talked to Ted Clutter, Examinations Supervisor, at some length last week.  NFA Branch is swamped with applications and not just from Washington State.  With 10 Examiners… you will need to keep the faith and be patient.

Here is what Ted had to say:

“To give you an idea of what NFA Branch (Document Examinations) is facing, below are some KEY FACTS you may find interesting:

* The NFA Branch is currently receiving on average over 10,000 applications per month.

* In February 2011, the NFA Branch had approximately 7,000 applications in a Pending status (Apps. Waiting Review).  That number has nearly tripled to 20,000 in October. ” 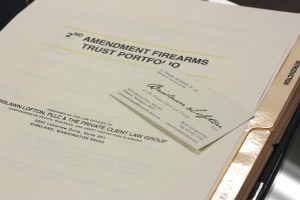 Ted estimated that it is now taking 4-6 months for a determination.  Good news is that if your application is kicked back for a correction, that you do NOT go to the bottom of the pile.  A timely correction should have your Form 4 application processed in about 7-10 days or so.